I heard about Kamicho several times for it`s famous Tajima beef which is not only known for high quality in Japan but all over the world, Matsuba without forgetting the tasty Kasumi crab. However, I never had the opportunity to visit the place before this trip.

I must thank the Hyogo International Association (HIA) for organising such event as for me, it was one among the best trip I had since I am in Japan.

Let`s go back to this 2 days 1 night trip. We took a bus that was already arranged by the association and spent 3 hours from Sannomiya, Kobe to reach our first destination which was Saruo Waterfall. This specific waterfall is among the best waterfalls in Japan. I was surprised by the warm welcomed we had. There was some journalist from the local press but more surprising, there was a 78 years old guide who could speak English. He may not be very fluent but it is always nice to see Japanese speaking another language and especially at this age. He explained to us about the waterfall design and where the water comes from. He was very interactive. He mentioned about Nagashi somen that is famous there but we did not have the chance to try it as it can be found only in summer. 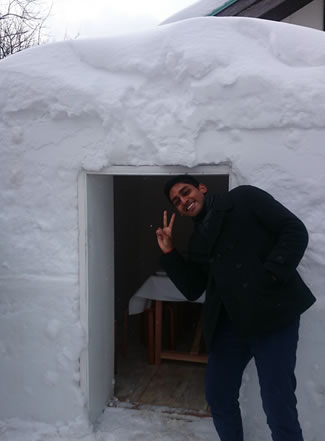 As I love food, the second destination was the one I was really interested in because it was Tajima beef!!! It is one among the best beef in Japan. To make it even better, we had the opportunity to eat in snow house that we foreigners call igloo. It was quite cold but slightly warmer than outside but very comfortable to have BBQ of Tajima beef inside while looking at the snow pilling up on the igloo opposite to the one we were eating in and a white mountain in the background. I would say that it is a must to visit that place when visiting Kamicho.

After a very nice lunch, we took the bus again for our third stop where we had the chance to walk with snowshoes. It was the first time for me to use this kind of shoes. We wore our snowshoes within 5 minutes and we were ready to start hiking. However, before that we started playing in the snow, as there was around 20 to 30 centimeters of snow that we never saw in Kobe. We were told that the week before our arrival, there was no snow but it started snowing heavily 3 days before we arrived there. 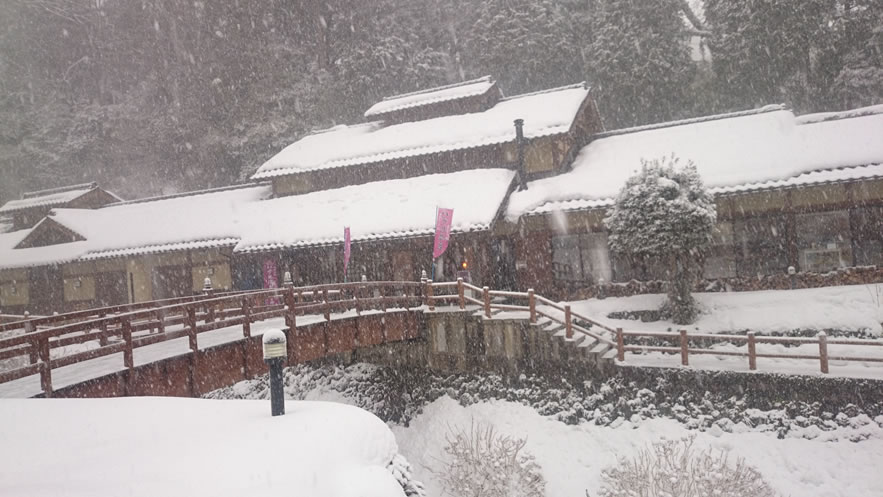 After hiking and playing in the snow for about 1 hour, we were all a bit tired and in situations like that, there is nothing that can be better than Onsen to relax. So, we jumped in the bus and direction Onsen. The view to the onsen was astonishing. It looked just like on post cards. I would never imagine that the view could be that beautiful in real. The onsen was very traditional and there was a group of 3 persons in the bath with who we had very nice chat as they speak some English and it was nice to try talking Japanese to them.

We then went to our hostel that is managed by an old couple but very nice people. We then took a car to a restaurant where we had Tajima beef again but this time as nabe and not any nabe but one that is a specialty of Tajima called “Nishiki nabe”. The season was very good to go there as winter is the best season to have nabe as it keeps us warm. After dinner, we have a presentation about the history of Tajima beef and the things that the farmers are doing to keep the same level of beef. After the presentation we had another event at the restaurant where we were able to write some kanji characters with special ink and brush. It was very nice experience. It was also a very good opportunity to interact with the local people who were there at that time. We then went back to our hotel to rest until the next morning. 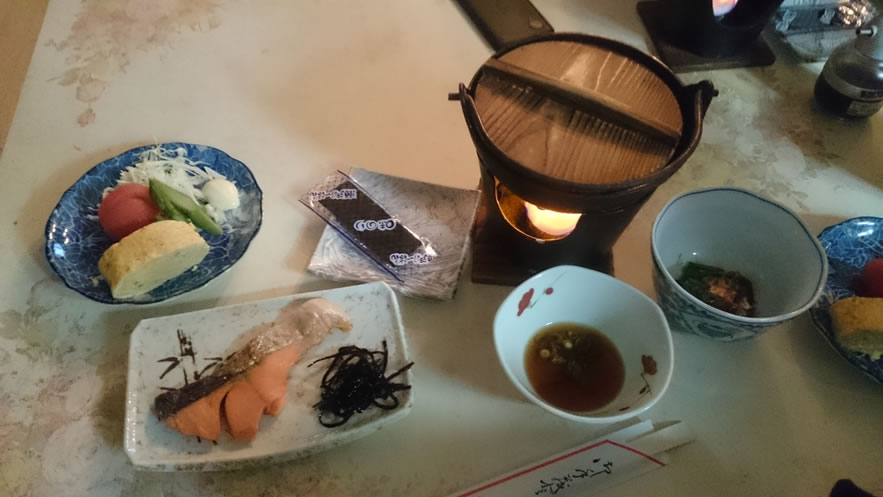 After completing our visit at the temple, we had a small stop at the seaside where we could admire an island called the frog-island as the shape is a frog. It was still snowing and the island looked really beautiful. We had a piece of wood called Ema on which, we wrote our wish and tied it there with the hope that the wish will come true. 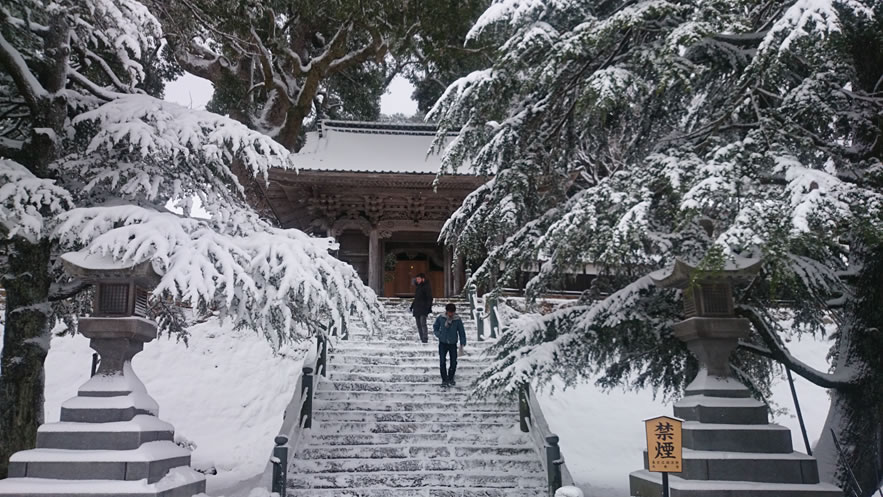 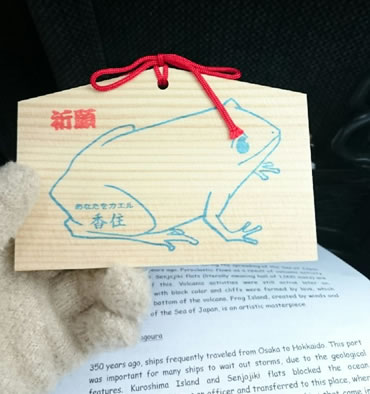 It was time for lunch after our short stop at the beach. We went to a very nice restaurant where we could wear yukata to sit at the table. We had a very Japanese style lunch with many courses and of course the famous crab was present on the menu. I was surprised with the number of courses we had as I could see more and more food coming on the table. 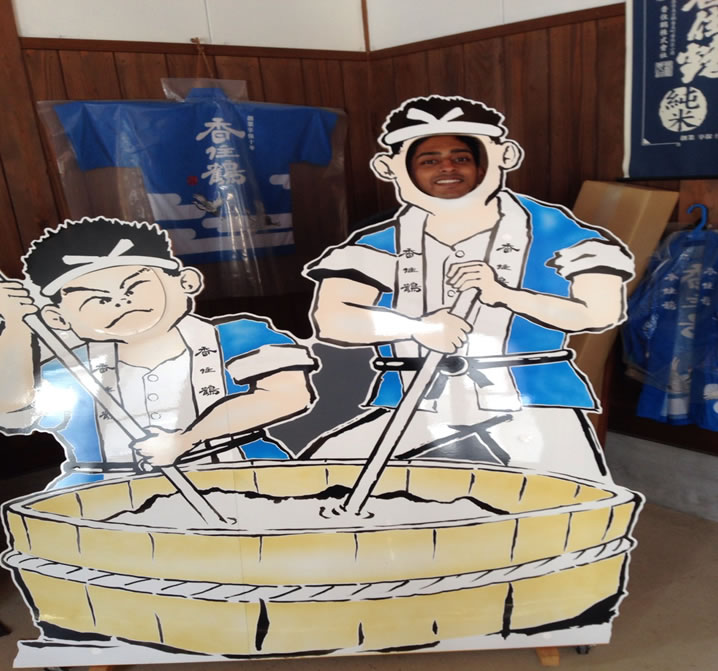 er lunch, we went to a local sake brewer where we had a guided tour of the factory and were explained all the process of producing sake. We all know sake but we were quite surprised by all the work behind for it to come to us. After our tour, we could taste some sake and also buy those we wanted.

On the way back, the view was marvelous with the sun that started shinning, the sky was blue and the ground was completely covered with snow. That was scenery that we are not lucky everyday to see. Kamicho is a place that I would strongly recommend everyone to go at least once as it is really worth as there are so many things to discover and experience there. 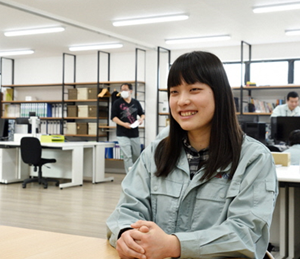 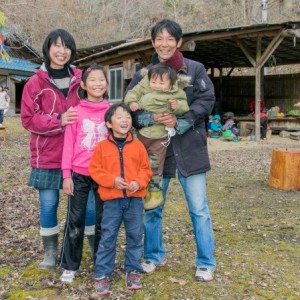 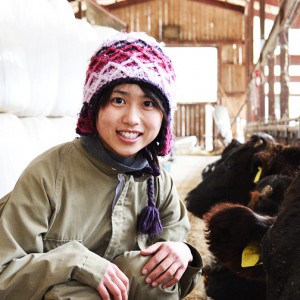 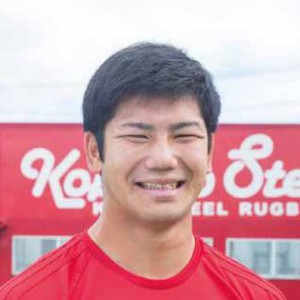 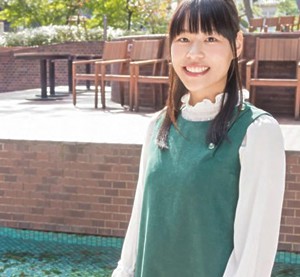 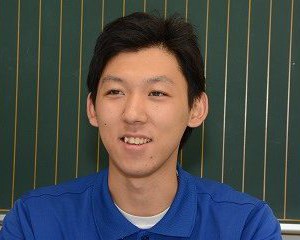 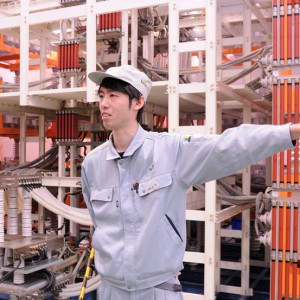 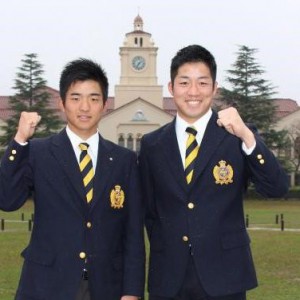